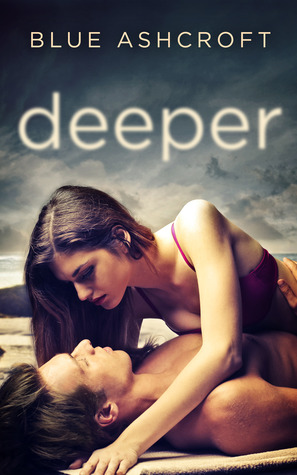 It’s a promise she made the day her boyfriend died in a water park accident, one she still blames herself for. Now she’s a senior lifeguard in a new town with a new pool and she’s just going to keep her head down and everyone safe.

Until a mysterious guy follows her into the waves at the pre-season bonfire and kisses her senseless. It’s just one mistake, and Rain is determined to put it behind her, until the dark haired, blue eyed hottie turns out to be her new co-supervisor Knight Mcallister.

Knight is hot, tatted, and carrying baggage of his own. He’s not happy about having Rain for a co-supervisor, and he’s even less happy about his attraction to her.

But between lifeguard drama, hot underwater kisses, and a growing attraction between them that can’t be stopped, Knight and Rain are being pulled deeper into their pasts, and realizing that sometimes too much broken can make a relationship impossible.

Then again sometimes it’s the broken parts of us that fit together best.

I am not even sure why I started reading this one but it was absolutely boring and annoying. I will start with the fact that both Rain and Knight have a dramatic past and they both lost their loved ones.

Ok I can handle one of the main leads to be in pain because of a traumatic past but when they both happen to find each other and actually try to “fit together their broken pasts” then it bothers me.

Not freaking realistic at all.

Rape, abuse and sexism… I am not going to start anylizing them because of my lack of knowledge in the matter and because of my poor english. I will just say that everything that was written in that book didn’t feel right while reading.

Every male in the story feels the need to assault Rain and of course our Kinght (in shinning armor) comes for the rescue. How is that possible? And how is possible for Knight not to like her and yet like her? He doesn’t even know what he wants.

Disturbed characters in a weird storyline is really repulsive.

And I won’t even discuss about Amy, Rain’s lesbian friend who’s actually not so lesbian at the end. It’s like the author at first desided that Amy is a lesbian but regretted later. Anyway Rain and Amy’s relationship is kind of messed up and I can’t make sense in whatever I am trying to say.

Well it was a sick book and I need to express myself more but I feel like it’s not worth my time. I better go and find another book to read. Maybe one that the leads have normal names.