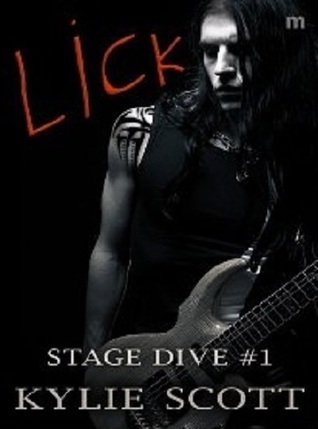 Waking up in Vegas was never meant to be like this.

Evelyn Thomas’s plans for celebrating her twenty-first birthday in Las Vegas were big. Huge. But she sure as hell never meant to wake up on the bathroom floor with a hangover to rival the black plague, a very attractive half-naked tattooed man, and a diamond on her finger large enough to scare King Kong. Now if she could just remember how it all happened.

One thing is for certain, being married to rock and roll’s favourite son is sure to be a wild ride.

Ι admit that I am a bit frustrated and I guess 2 stars will do.

There will be SPOILERS, please read carefully.

Actually there were parts that I enjoyed and parts that drove me crazy, not in a good way. I’ll start with the thing that I liked. First of all it was the writting style; I can handle english language pretty well but I can’t read too complicated stuff, so I am satisfied since the book was simply but beautifully written. The plot was interesting and waking up married in Vegas had potential for a really good story even if Mrs. Scott screwed up a lot. And there were a couple of characters like Mal and Lauren that actually made the story more appealing, but that’s all.

So let’s talk about our female lead, Ev, who wakes up married in Vegas. She is in a bathroom, having a hang over with a half-naked stranger and her first thought is how hot he is and not WHO THE FUCK that dude is. WRONG. Ev and her friend went just the two of them to celebrate in Vegas, they both got wasted and she recalls her friend leaving her alone for some random guy. WRONG. She founds out about her marriage and yet she doesn’t even care to ask who this man really is. WRONG. So after giving it some thought the wiser solution she found was to get a divorce without telling anyone in order to get help. Yeah that was genious. Anyway shit happens and she discovers that her husband is actually David Ferris, a rock star, and they meet so that they can take care of the scandal and the divorce. Somehow she manages to fall in love with him in THREE FUCKING DAYS (or maybe a week) even though the guy is a complete brainless dick with jealousy issues. And here I am asking you, how can you actually fall in love in three days a guys like that?

David, being a rock star and drunk, decided to marry a young girl that made him feel like a better person and apparently liked him for who he was and not for being a rock star. I accept that and I can relate but what I don’t accept is the fact that he got mad when Ev couldn’t remember what happened and dumped her without explaining anything. What the fuck was he expecting? He just told ther that he will divorce her and when he saw her again he was being a rude, mean asshole. Yet somehow things kinda worked out and they got closer. He made her promise that she wouldn’t leave him and that they would both try to make it happen. Yet he couldn’t let her in, he got jealous over her because she was breathing, he didn’t say back that he loved her (which was the most rational thing to do since he didn’t know her!) and he cheated on her with his ex-gf who was working as his PA. That little, selfish fucktard. Who the hell do you think you are mister?

Then there’s a break up and Ev can’t handle it. OH MY GOD! She knew that guy for like a week and she acted like she lost the love of her life. Yes he might be but she couldn’t know that in such a sort time. She should’t even care about him. It’s impossible to love someone THAT much in a week. So David, after a month of silence, appears and asks for forgivness. (because he cheated on her… and they weren’t even together long enough… with his fucking ex) Dude you have no right to do that. He sent me so many negative, angry vibes. Selfish asshole being selfish. Then there was Ev yelling at him that she won’t forgive him and I got excited. I thought ‘damn it was about time for her to be rational’ and then goes the freaking angry, make up sex which was not make up sex at all because they didn’t make up. She was still mad. Yeah girl that was the right way to show him how angry and how over him you are. You go girl! Oh my god why are both so freaking stupid and annoying? That was when I stopped reading. I just couldn’t burn more of my precious brain cells.

It’s such a pity because I was excited to read it and because a friend suggested it and I wanted so bad to like it. It’s an absolutely not/don’t bother to read book for me. Sorry!