Today it’s all about angels and I have two similar books for you that I’m sure you’ve read. Actually these books are quite popular and there are different opinions in the air. They’re either good or bad, but which one is better and why? 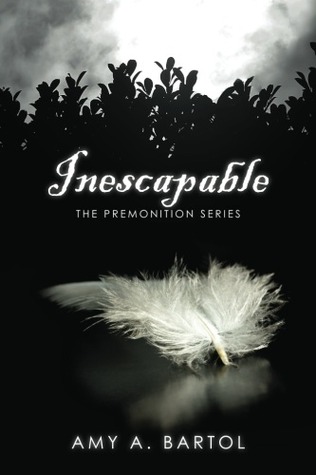 My name is Evie Claremont and this was to be the making of me–my freshman year of college. I’d been hoping that once I’d arrived on Crestwood’s campus, the nightmare that I’ve been having would go away. It hasn’t.
I may be an inexperienced seventeen-year-old, but I’m grounded…sane. I look for rational explanations to even the strangest circumstances. Since meeting sophomore Reed Wellington, however, nothing makes any sense. Whenever he’s near, I feel an attraction to him–a magnetic kind of force pulling me towards him. I know what you’re thinking…that sounds fairly awesome. Yeah, it would be…if he liked me, but Reed acts as if I’m the worst thing that has ever happened to Crestwood…or him. But get this, for some reason every time I turn around he’s there, barging into my life.
What is the secret that he’s keeping from me? I’m hoping that it’s anything but what I suspect: that he’s not exactly normal…and neither am I. So, maybe Crestwood won’t be the making of me, but it could be the breaking of me. I’ve been left to wonder if the dark future my dream is foretelling is…inescapable. 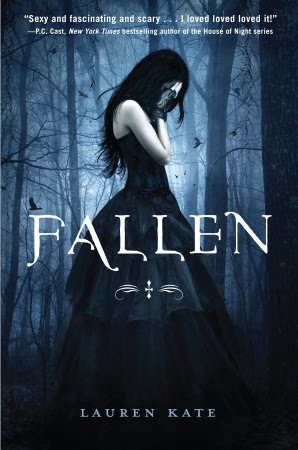 Mysterious and aloof, he captures Luce Price’s attention from the moment she sees him on her first day at the Sword & Cross boarding school in sultry Savannah, Georgia. He’s the one bright spot in a place where cell phones are forbidden, the other students are all screw-ups, and security cameras watch every move.

Even though Daniel wants nothing to do with Luce–and goes out of his way to make that very clear–she can’t let it go. Drawn to him like a moth to a flame, she has to find out what Daniel is so desperate to keep secret . . . even if it kills her.

Dangerously exciting and darkly romantic, Fallen is a page turning thriller and the ultimate love story.

I live in Michigan with my husband and our two sons. My family is very supportive of my writing. When I’m writing, they often bring me the take-out menu so that I can call and order them dinner. They listen patiently when I talk about my characters like they’re real. They rarely roll their eyes when I tell them I’ll only be a second while I finish writing a chapter…and then they take off their coats. They ask me how the story is going when I surface after living for hours in a world of my own making. They have learned to accept my “writing uniform” consisting of a slightly unflattering pink fleece jacket, t-shirt, and black yoga pants. And they smile at my nerdy bookishness whenever I try to explain urban fantasy to them. In short, they get me, so they are perfect and I am blessed. Please visit me at my website: www.amyabartol.weebly.com

Lauren Kate grew up in Dallas, went to school in Atlanta, and started writing in New York.
She is the author of Fallen and The Betrayal of Natalie Hargrove. She lives in Laurel Canyon with her husband and hopes to work in a restaurant kitchen, get a dog, and learn how to surf.
She is currently at work on the sequel to Fallen.

Have you read any of these two? Did you like it? Which one would you read again and which one did you like better?