A year ago, Seth made a deal with the gods – and pledged his life to them. Now, Apollo has a task for Seth: one which sees him playing protector over a beautiful, feisty girl who’s strictly off-limits. And for someone who has a problem with restraint, this assignment might be Seth’s most challenging yet.
Josie has no idea what this crazy hot guy’s deal is, but he arrives in her life just as everything she’s ever known is turned upside down. Either she’s going insane, or a nightmare straight out of ancient myth is heading her way.
Josie can’t decide which is more dangerous: an angry Titan seeking vengeance? Or the golden-eyed, secretive Seth – and the white-hot attraction developing between them… 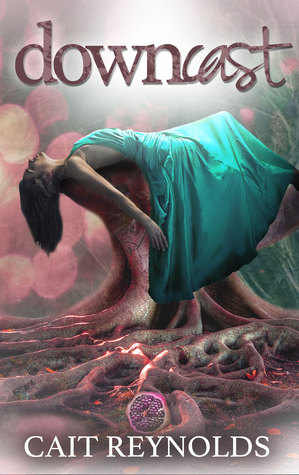 What would you do when faced with an impossible truth? Written with heart and passion, Downcast by Cait Reynolds is ripe with twists you never saw coming and love that defies the odds in this intense new Paranormal Romance retelling one of mythology’s greatest love stories.

It’s the start of Stephanie Starr’s senior year of high school, but sadly, this is no life of the prom queen. Stuck at the bottom of the high school social totem pole, Stephanie is forced by her domineering mother to wear lumpy linen dresses and eat organic tofu for lunch in a world of mini-skirts and pizza.

What Stephanie doesn’t anticipate is gorgeous and cocky Haley Smith who breaks social convention and pursues her with a determination that is both terrifying and flattering. Afraid that Haley is simply trying to set her up for massive humiliation, Stephanie does her best to push him away. But the more attention he pays to her, the more she runs, and the more everyone else begins to notice.

Instead of a loving family to support her as the mean girls make their play, Stephanie’s mother begins to unravel mentally, her possessiveness of Stephanie spiraling to new and frightening extremes. Stephanie is forced to grow up, find herself, and learn the truth about her past in order to save her mother, her friends, and her town. When the truth is revealed, nothing can prepare her for the outrageous reality of her existence…and nothing can save her from her fate.